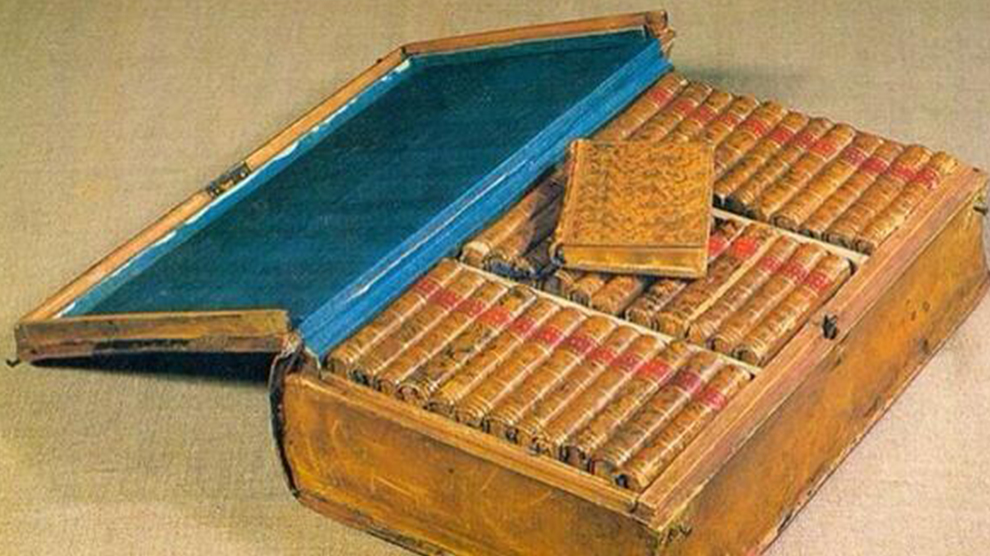 To use this early traveling library, Napoleon had his attendants consult “a catalogue for each case, with a corresponding number upon every volume, so that there was never a moment’s delay in picking out any book that was wanted.” This worked well enough for a while, but eventually “Napoleon found that many books which he wanted to consult were not included in the collection,” for obvious reasons of space. And so, on July 8, 1803, he sent his librarian these orders:

The Emperor wishes you to form a traveling library of one thousand volumes in small 12mo and printed in handsome type. It is his Majesty’s intention to have these works printed for his special use, and in order to economize space there is to be no margin to them. They should contain from five hundred to six hundred pages, and be bound in covers as flexible as possible and with spring backs. There should be forty works on religion, forty dramatic works, forty volumes of epic and sixty of other poetry, one hundred novels and sixty volumes of history, the remainder being historical memoirs of every period. 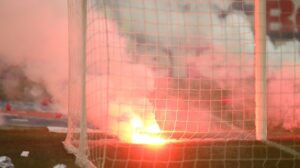 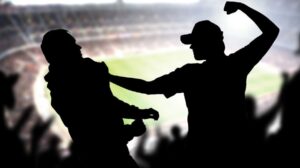 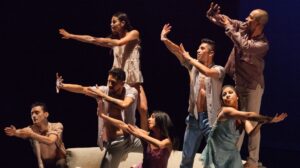